Rusyns and the Czech Legion 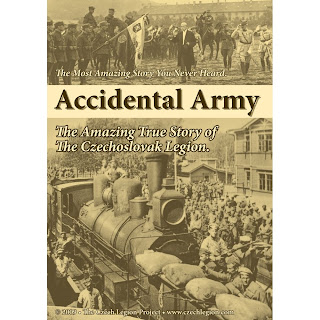 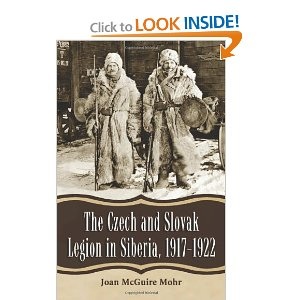 There are now two excellent studies on the fascinating tale of the Czech Legion. Conscripted into the Austro-Hungarian Army, hundreds of thousands of Czechs and Slovaks were captured by the Russians at the beginning of WWI. Taking pity on their Slavic brethren, the Russians allowed these prisoners to be set free. Their way home blocked by the Germans, they had no choice but to head eastward along the Trans-Siberian Railway in search of freedom. Along the way, civil war breaks out between the Tsarists and the Bolsheviks. Trying to remain neutral, they fought only to ensure their progress toward the hope of nationhood. During their harrowing journey through Siberia, the legionnaires grudgingly became protectors of the Russian Treasury and of the Trans-Siberian Railroad, while accidentally precipitating the murder of the Russian royal family. Stripped of their weapons and betrayed by their former allies, over half of the legionnaires lost their lives.  While this is a truly captivating story, it is not the whole story.  Not surprisingly, There were also Rusyns in the Legion,

Nicholas Pačuta, the assistant editor of the Amerikansky Russky Viestnik,  claims in an article in the paper's Slavish edition ( "Češko-Slovenska Armada," January 17, 1918, p.3 ) that were were over 60 Rusyns in the Legion.  He offers the names of 21 of them:

Untold, unfortunately,  are such details, as their home villages, their understanding of the of the mission(s) of the Legion, their fate, etc.  Pačuta tells us only  that they are fighting for their new country, Czechoslovakia.

Can someone out there help us learn more about these men and the outcome of their odyssey?

Posted by Maryann at 3:34 PM No comments:

While researching the famous Turkish Sultan Suleiman the Magnificent for Pitt's nationality rooms, I discovered a surprising connection with our people.   Suleiman, who conquered Belgrade, Buda, Transylvania, Rhodes, Baghdad and twice besieged Vienna had a Rusyn (Ruthenian) wife.  Her name was Alexandra Lisovska.

The daughter of an Orthodox priest, she was captured by Crimean Tartars in the 1520s, sold to the Turks and finally added to the Sultan's harem.  With true Rusyn resourcefulness, she became the first legal sultan's wife in two centuries.  Her works included sponsoring mosques, soup kitchens for the poor and founding a women's hospital in Constantinople.

As for the Tartars, it was strongly recommended that they curtail their raiding activities in Ruthenia.  Or else.  The moral of the story is that if you know what is good for you, you don't mess with our women.  But you husbands already knew that.

*Also known as Roxelana = "The Ruthenian One"

Written by:  Maryann Sivak.  Email:  ms@c-rs.org
Posted by Maryann at 3:34 PM No comments: